Find out what Longcroft School and Sixth Form did to become nominated for the STARS Education Awards.

Longcroft School have come a long way since the school appeared in local press for all the wrong school travel reasons. The school received less than positive reception following a dashcam recorded video of 2 pupils travelling in uniform on the same bike on the main road into Beverley appeared in the Hull Daily Mail. The school then looked at addressing the long running concerns over pupils on the journey to and from school. A series of sessions were set up with pupils identified as a concern through a number of feedback sources took part in a pioneering intervention to improve their on road behaviour. The school has gone on to be instrumental in the East Riding of Yorkshire Councils development of Sustainable Travel Curriculum for secondary pupils. The curriculum focusses on celebrating and engaging pupils with sustainable travel thanks to the various opportunities Beverley affords them. The Tour de Yorkshire has been a huge source of inspiration for the group which is predominantly made up of pupils who struggle with the classroom environment whether that be for medical or behavioural reasons. The project has after its first full year seen 3 pupils reengage with mainstream education thanks in part to the engaging work on sustainable travel which has been built to meet outcomes rooted in Mathematics, English, Geography, Art and Research skills whilst also enhancing intrapersonal skills of the group.

The work of the group has regularly featured in school newsletters and even local press, with highlights including the schools success in the inaugural Viking FM Secondary School Cycle Challenge (developed to engage secondary school pupils across the East Riding thanks to piloted work in the school).

The school continues to work to improve the travel habits and behaviours of its pupils and wider roll out across the school is currently proposed within school as well as a number of new areas of work including large vehicle training, public transport training and possibly most significantly deeper investigation into the career paths available through sustainable travel and transport.

The work in school continues to be driven by the Youth Travel Ambassadors who encouragingly have seen a rise in the number of pupils in school choosing to wear helmets when cycling as well as fitting lights, locks and other accessories to ease access to safe and secure for students across the school. Their work was in 2018 rewarded with the East Riding’s School of the authority, so to have developed further and now received the School of the Region is a fantastic achievement and shows the strides they are taking. This can be further evidenced with their recent submission for Modeshift Gold as one of only two secondaries in the authority to have achieved this position.

• Increased awareness of the dangers associated with being a road user.

• Increased access to cycling as both a method of travel and as a sport. 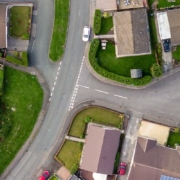 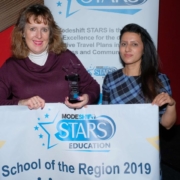 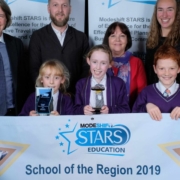 STARS Spotlight – Tweedmouth Community Middle School
North Yorkshire Youth Travel Ambassadors lead the way in safer, cleaner school... STARS Spotlight – Shepherd Primary, Hertfordshire.
Scroll to top
We use cookies on our website to give you the most relevant experience by remembering your preferences and repeat visits. By clicking “Accept All”, you consent to the use of ALL the cookies. However, you may visit "Cookie Settings" to provide a controlled consent.
Cookie SettingsAccept All
Manage consent